If you have been invited to a funeral that is going to take place at a private funeral chapel, you should try to follow these tips.

In the days or weeks preceding the funeral, it is important not to discuss the event or the location of the funeral home where this chapel is located, with anyone who has not been invited. The reason for this is that when a deceased person's family makes the decision to hire a private funeral chapel, they sometimes do so because they do not want certain people to attend the event. Whilst they may not have explicitly said anything like this when they invited you, you should assume that this is the case so that you do not inadvertently ruin the funeral.

For example, if you mention your plans to attend this event at the chapel to someone whom the family does not want at the funeral (or if the individual you share with passes this information onto one of these people), then this person could show up at the funeral home and cause a scene or attempt to sneak into the chapel. In either case, the actions of this uninvited person might leave the family distraught and might lead to the funeral service being delayed if the funeral staff have to physically remove this individual from the premises before it can begin. As such, if you do feel the urge to share your feelings about the funeral with someone, you must first check that they have already received an invitation.

Bring identification to the funeral

It is also a good idea to pop some identification (such as a driver's license) into your pocket before you head to the funeral home. The reason for this is that, in order to honour the wishes of the deceased's family members who only want certain people to attend this event, the funeral director may need to check the name of each person who attempts to enter the chapel.

Whilst some funeral directors will have a guest list on hand and will only ask those who approach the private chapel to verbally confirm their name, others might take a stricter approach and request that individuals provide proof of identification before they will let them in. As such, just in case the funeral director who will be organising this funeral decides to take this approach, you should ensure you have your ID. 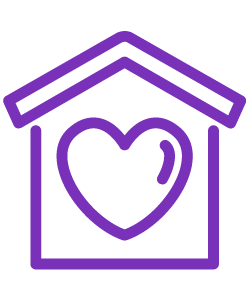